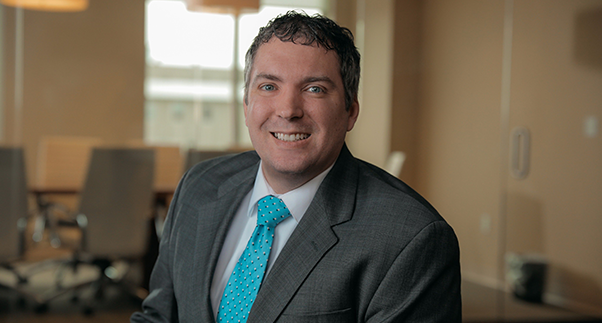 While in law school, Sean Brown was a member of the UMKC Law Review and the honor court, and also served as the President of the Federalist Society. He also interned with a United States District Court judge for the Eastern District of Missouri and worked as a Rule 13 intern with the Jackson County Prosecutor’s Office in Kansas City. Upon obtaining his Juris Doctorate cum laude from the University of Missouri-Kansas City School of Law in 2013, he was admitted to the bar in both Missouri and Kansas. He is licensed to practice law in Missouri, Kansas, and the U.S. District Court Western District of Missouri.

Since graduating from law school, Sean’s only job has been to act as an attorney for plaintiffs who have suffered personal injuries or for families dealing with the wrongful death of a loved one.  He has recovered millions of dollars for his clients.

In addition to his legal experience, Kansas and Missouri personal injury lawyer Sean’s career includes 10 years serving as a commercial pilot with over 4,000 hours of flight time. He received his undergraduate degree in Aeronautical Science from the world’s oldest, largest, and most prestigious university specializing in aviation and aerospace, Embry-Riddle Aeronautical University. His flight experience includes a multi-engine instrument commercial rating, an SIC type rating in the ERJ-145, and hundreds of hours as a primary and instrument flight instructor.

Attorney Brown is professionally affiliated as a member of the American Association for Justice, the Missouri Association of Trial Attorneys, and the Kansas City Metropolitan Bar Association. Sean lives in Kansas City with his wife, Kirstin, and their three children, Conner, Annabelle, and John. In his spare time, he enjoys woodworking, painting, and chess.